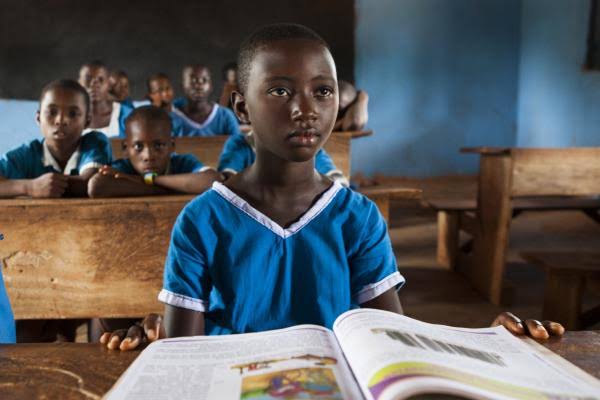 Imo and Ekiti have been ranked the lowest in the number of out-of-school children in the country, with one per cent and two per cent respectively.

This was according to figures released by Mr Claes Johanson of the United Nations International Children’s Emergency Fund (UNICEF) on Tuesday at a two-day Media Dialogue on the Multiple Indicators Cluster Survey 6 (MIC6) Results in Port Harcourt.

Also, the 2018 statistics indicated that Abia, Kwara, Enugu, Bayelsa, FCT and Ekiti were topping other states with the lowest number out-of-school children.

He said that 27 per cent of children aged seven to 14 years have foundational reading skills while only 25 per cent are with foundational numeracy skills.
Johanson, however, stated that the MIC6 had helped in fishing out data in every sector that would help in analysing how things were working and why they were not working.

Johanson said that the MIC6 results showed that Kebbi, Zamfara and Bauchi States have the highest number of out-of-school with 65, per cent, 61 per cent and 61 per cent respectively.

According to him, the figures indicate that Nigeria has not seen improvement in the number of out-of-school in the past five years and should begin to improve on this area.

It would be recalled that the data on the 2018 Digest of Basic Education Statistics by the Universal Basic Education Commission (UBEC) showed that Kano, Akwa Ibom, Katsina, Kaduna, Taraba, Sokoto, Yobe, Zamfara and Bauchi were having the highest figures.

According to Johanson, UNICEF is working with the government to use the MIC6 to inform programmes and learn about what the country can do differently.