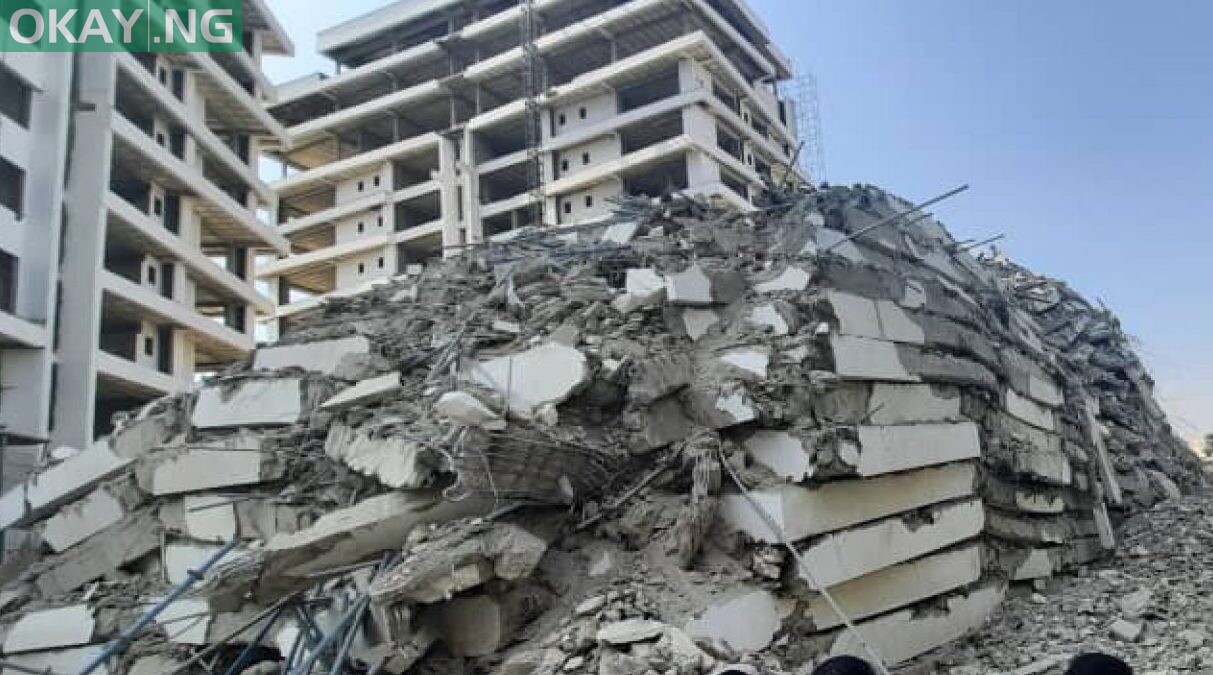 The names of those who survived the Ikoyi building collapse have been revealed.

Okay.ng understands that Governor Babajide Sanwo-Olu announced their identities when he visited the scene of the incident on Wednesday, 3 November 2021.

According to Sanwo-Olu, six of the nine survivors are undergoing treatment, while three have been discharged.

Below are the details of survivors announced by Governor Sanwo-Olu:

However, the governor did not reveal the identities of the three discharged survivors.