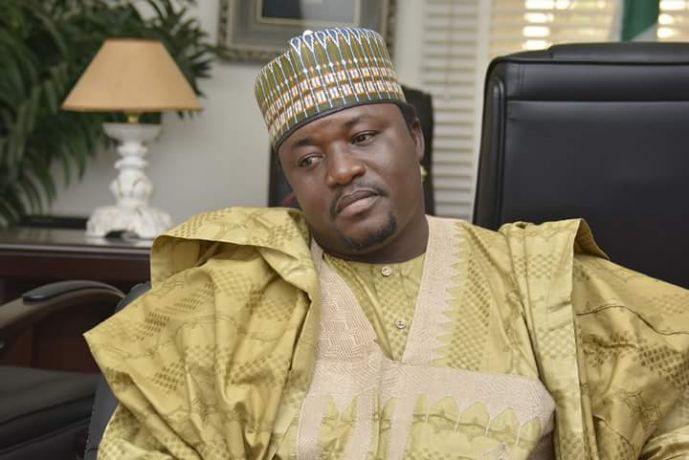 President of the Arewa Youth Consultative Forum, AYCF, Shettima Yerima, has maintained that the statement issued by the Coalition of Northern Groups on Tuesday asking the Igbo to leave the North was to help them achieve their Biafra faster.

Yerima added that he has no apology for issuing the quit notice that has received so much condemnation from all over the country.

In an interview with Punch, the youth leader maintained that he has done nothing wrong in trying to help Igbo people get their much need country.

“Apology for what? And exactly what part of the statement are you referring to? The Coalition of Northern Groups, after due consultation came up with a position as regard the disposition of the Indigenous People of Biafra.

“Our position is very clear: we have the intention of helping the Igbo to get the international attention they want so that they can leave Nigeria in peace.

“At no time did we advocate violence or make any attempt to incite anyone in the North or any other part of the country, to engage in violence against any tribe.

Asked why they issued the three months ultimatum, he explained,

“Yes; because by then they would have had a referendum to decide whether they want to be part of Nigeria or they want to have an independent nation of their own.

“If after the three months they succeed in getting a referendum in having an independent state of Biafra, what business do they have again in the North?

“They should go back to their Biafra. We did not ask them to go. They said they want to go. They are the ones demanding for their own independent nation and we said ‘OK, we will help you.’

“I should add that the silence of the Igbo in the North concerning the call by IPOB for a state of Biafra indicates that they are in support of the agitation – it is what we term ab initio, as conspiracy of silence.

“They have agreed to have their own nation; then they should go – IPOB is speaking for them. If not, they should have come out to say, ‘No, IPOB does not represent us. We do not want to be part of the Biafra being called by IPOB.’

“They didn’t say that. We are all living witnesses to the Biafran agitation. Everybody wants to leave Nigeria but nobody moves. Therefore, it clearly means they (Igbo in the North) are in agreement with them (IPOB).

“It is not our intention or plan to push them out of the North by force – no, that’s not our intention. We won’t do that. We are only encouraging them to leave. If they have decided to be part of an independent Biafran state, why are they wasting time still living in other people’s land?

“They should go to their region if they want to go; we will help them to leave. They should leave. But if at the end of the referendum and they vote to remain as part of Nigeria, we are willing to receive them back.

“Our declaration is by no means a call for violence. By upbringing and orientation, as northern youths we are not inclined to violence. We believe in peaceful resolution of conflicts.

“We will continue to help them to the extent that their voice would be heard in the international community. We will help them to ensure that the African Union, the Economic Community of West African States, the United Nations and other international organisations come to their aid.

“There was a referendum in the United Kingdom; was there any bloodshed there? In essence, what we are saying is that if the easterners want a state of Biafra the Federal Government should give them what they want.

“Is that asking for too much? We insist that the Federal Government should organise a referendum for them to choose whether they want to remain a part of Nigeria or not; let them vote for or against.”