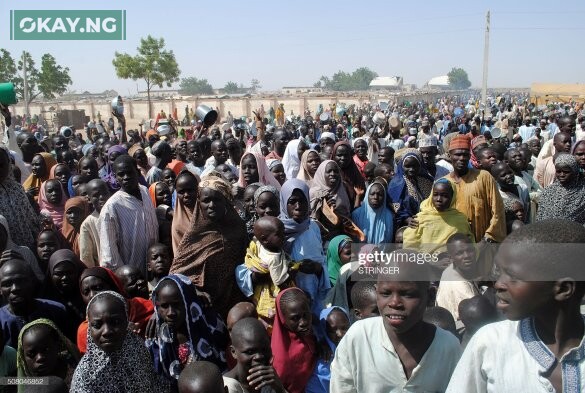 The Refugee Commission via the  Federal Government has distributed starter packs to some IDPs in commemoration of the maiden celebration of the National Day for internally displaced person’s in the country.

The receipients were given starter packs in their areas of specialty including tailoring, carpentry, wielding, photography, tie and die and talent hunts.

Awards were given to both National and international donors as well as awards of excellence to some executives of MDAs and the president.

The Federal Commissioner, National Commission for Refugees, Migrants and Internally Displaced Persons, Hajiya Imaan Suleiman said the commission remains committed to ensuring that sustainable solutions were put in place for the reintegration, rehabilitation and resettlements of persons affected back to the society.

She solicited the support of Nigerians as the government cannot do it alone.

The National Day for the IDPs was conceived and institutionalized by the National Commission For Refugees, Migrants and Internally Displaced Persons in line with the commemoration of the adoption of the African union convention in October 2009.

The day is aimed at celebrating the resilience of the IDPs, advocate durable solutions for the IPDs through government and society collaboration approach.