The Chairman of the Presidential Advisory Committee on Corruption, Prof. Itse Sagay, has said Ibrahim Magu’s appointment will be renewed whether he is confirmed or not.

Magu is the Chairman of the Economic and Financial Crimes Commission.

The Senate on Thursday refused to confirm his appointment after leaving the matter pending for five months.

In a wide-ranging interview published in the current edition of The Interview, Sagay said: “Whether they like it or not, he (Magu) will be there.

“His chairmanship will keep on being renewed.

“Since Nuhu Ribadu left, we have not had a man with such sterling qualities as Ibrahim Magu and whether they like it or not, Magu will be there until he completes his term under the law.”

The EFCC chairman has a four-year tenure.

From the EFCC Act, non-confirmation does not impair his duties.

A statement by the MD/Editor-In-Chief of The Interview, Azu Ishiekwene, described the edition as “arguably the best kept secret in the anti-corruption war”.

The Senate said it would not confirm Magu based on “security reports”.

No details were given.

Also speaking on corruption in the judiciary, he said what retiring chief justices collect off the books is “frightening and totally unrelated to what the judiciary is entitled to”.

The National Judicial Council recently suspended seven justices of the Supreme Court on allegations of corruption and two of them have so far been arraigned.

Investigations by The Interview, which Sagay neither confirmed nor denied, indicated that the NJC pays retiring justices up to N800 million in cash and provides a house valued at N500 million, off the books.

The practice started around 2010 and virtually all retired CJs have benefited from it.

“Something very serious is happening there,” Sagay said. “Those rumours have some basis.”

He also spoke on the acting appointment of the current CJN, Walter Onnoghen; the perpetual injunction from arrest or investigation granted to former Rivers State Governor, Dr. Peter Odili; his relationship with Transport Minister, Rotimi Amaechi; and President Muhammadu Buhari’s fight against corruption.

In the edition also, the Chairman of the House of Representatives Committee on Financial Crimes, Kayode Oladele, said the wrong public perception of lawmakers was based on insufficient information, adding that they were victims of public ignorance.

Oladele spoke on the future of the fight against corruption and the efforts of his committee to restore Nigeria as a full member of the Financial Action Task Force.

The end-of-year edition also contains some of the inside stories in the making of Daily Trust newspapers by former its former Managing Director, Isiaq Ajibola, and an interview with the current African champion of table tennis, Funke Oshonaike. 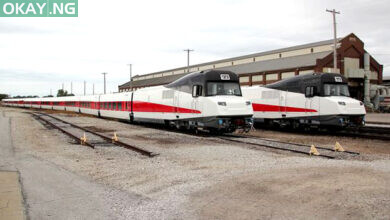