Former first lady, secretary of state and 2016 presidential candidate, Hillary Clinton has changed her Twitter bio after Chimamanda Ngozi Adichie questioned why she chose to begin describing herself first as a “wife”.The Nigerian writer, while hosting the PEN World Voices Festival lecture at the Cooper Union in Manhattan on Sunday, April 22, 2018, asked the 2016 US presidential candidate why her Twitter bio describes her first as a Wife, then as a mother, a grandmother, before other things followed.

The Half of a Yellow Sun author said she was upset by this and when she checked her husband, Bill Clinton’s Twitter handle, she found out he described himself based on his achievements, not his marital status.In reply, Hillary Clinton said: ” When you put it like that, I’m going to change it.”As promised, Ms. Clinton has changed her Twitter bio 8 days after she promised she would. Her Twitter bio now reads: “2016 Democratic Nominee, SecState, Senator, hair icon. Mom, Wife, Grandma x2, lawyer, advocate, fan of walks in the woods & standing up for our democracy.” 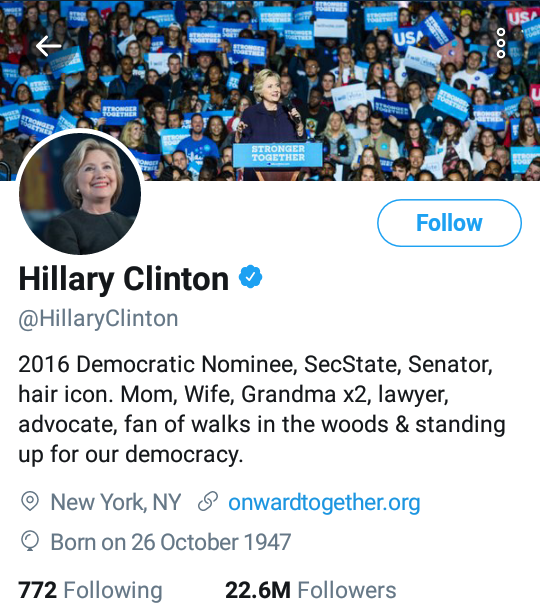