Manchester City have completed the signing of Gabriel Jesus from Palmeiras. 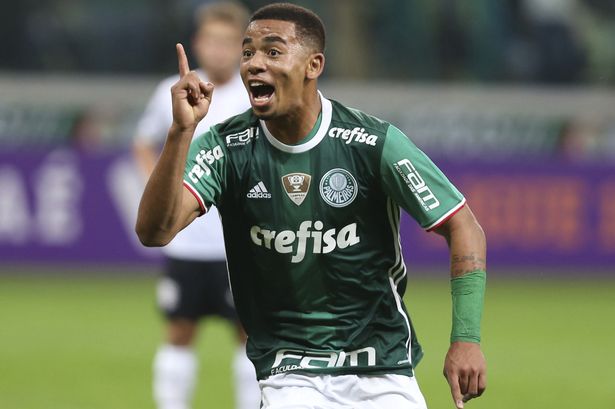 The 19-year-old forward is eligible to make his debut against Tottenham on Saturday.

City originally agreed the £27m deal for Jesus in August but the player remained at Palmeiras for the remainder of the Brazilian league season, helping them claim the title in November with a game to spare.

Speaking with newsmen Jesus said: “I want to win titles and Manchester City is a club that is used to winning,” Jesus told the club’s official website.

“City is a club that always competes for the title in the competitions it enters, so that was an important factor, and because of the manager, [Pep] Guardiola, and the squad.”

The club’s director of football, Txiki Begiristain, believes Jesus can fulfil his potential with City.