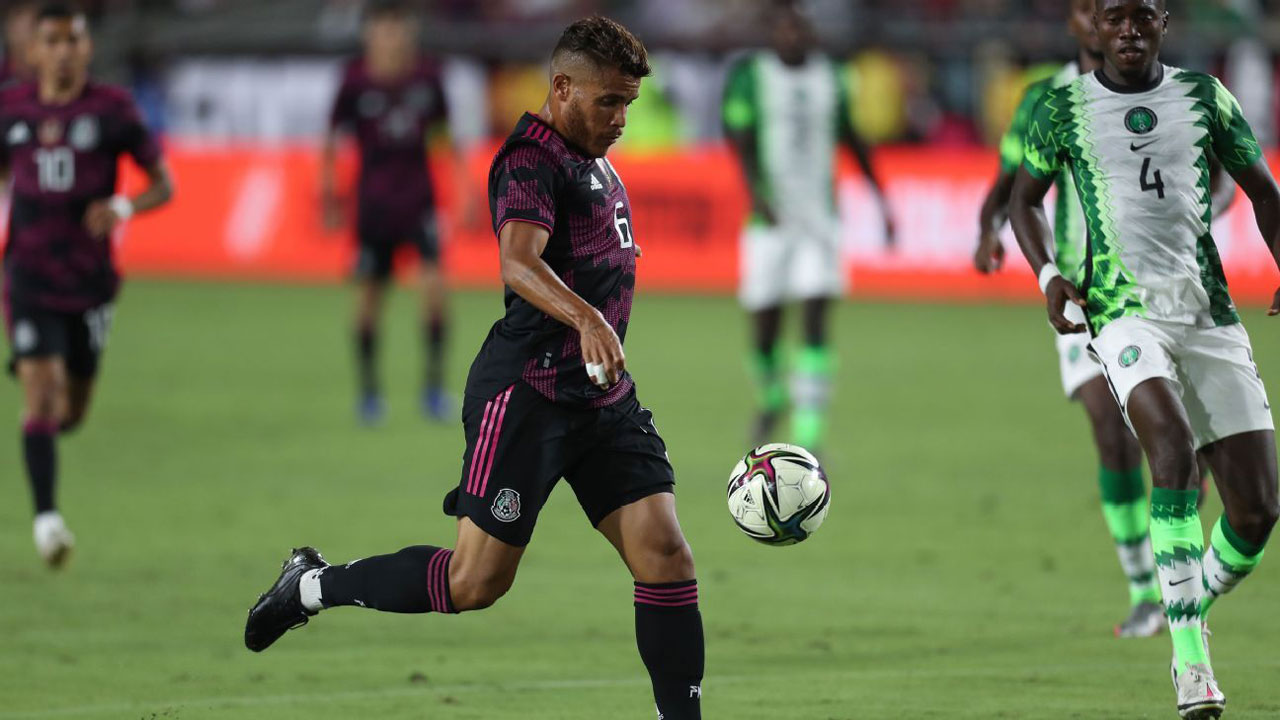 The senior male national team of Mexico on Saturday whipped their Nigerian counterparts 4-0 in an international friendly in Los Angeles.

The Mexican side, known as El Tri, were dominant throughout the match played at the United Airlines Field at the Memorial Coliseum.

Hector Herrera gave the Mexican side the lead after two minutes, while Rogelio Funes extended their lead two minutes later.

They maintained their lead till the game’s break as the Super Eagles, largely made up of players featuring in the Nigerian domestic league, failed to find a way past them.

The Mexicans returned from the break to take off from where they started off, with Herrera scoring to complete his brace in the 52nd minute.

They added the fourth goal through Jonathan dos Santos in the 78th minute.

The News Agency of Nigeria (NAN) reports that the game was almost like an overkill as the Mexicans had eight corner-kicks while their opponents had only two.

The Super Eagles could only muster four shots at goal, with none on target, as against 20 by the Mexicans who had 11 of them on target.

NAN reports that the game was used by the Mexicans to round off their preparations for the 2021 CONCACAF Gold Cup Competition which begins July 10.

It was also part of Nigeria’s preparations for the 2022 FIFA World Cup qualifiers.