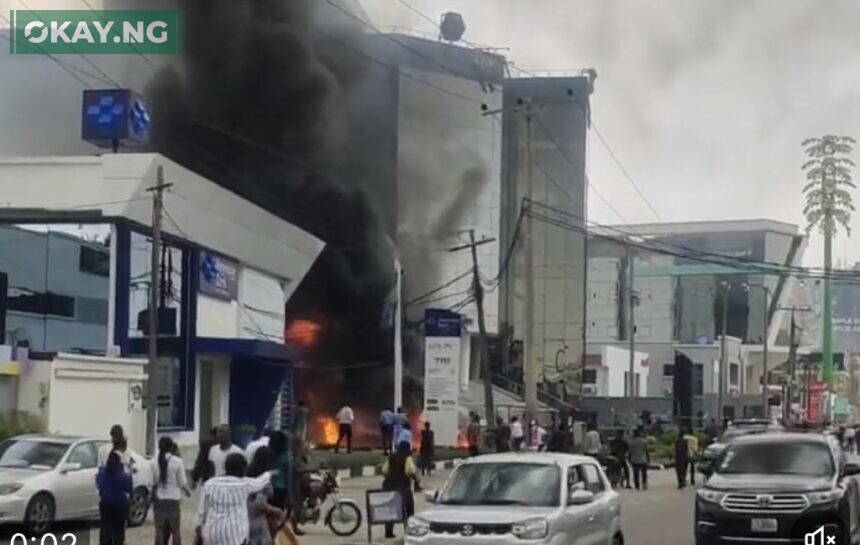 A building on Adeola Odeku Street on Victoria Island, Lagos has been gutted by fire on Tuesday.

Nosa Okunbor, spokesperson of the Lagos State Emergency Management Agency (LASEMA), said officials of the agency are already at the scene of the incident.

The Inferno-affected building was said to be under construction.

A car with three passengers, parked near the building where the explosion happened, caught fire.

Okunbor said the agency is monitoring the situation, adding that emergency teams are working to put out the inferno.