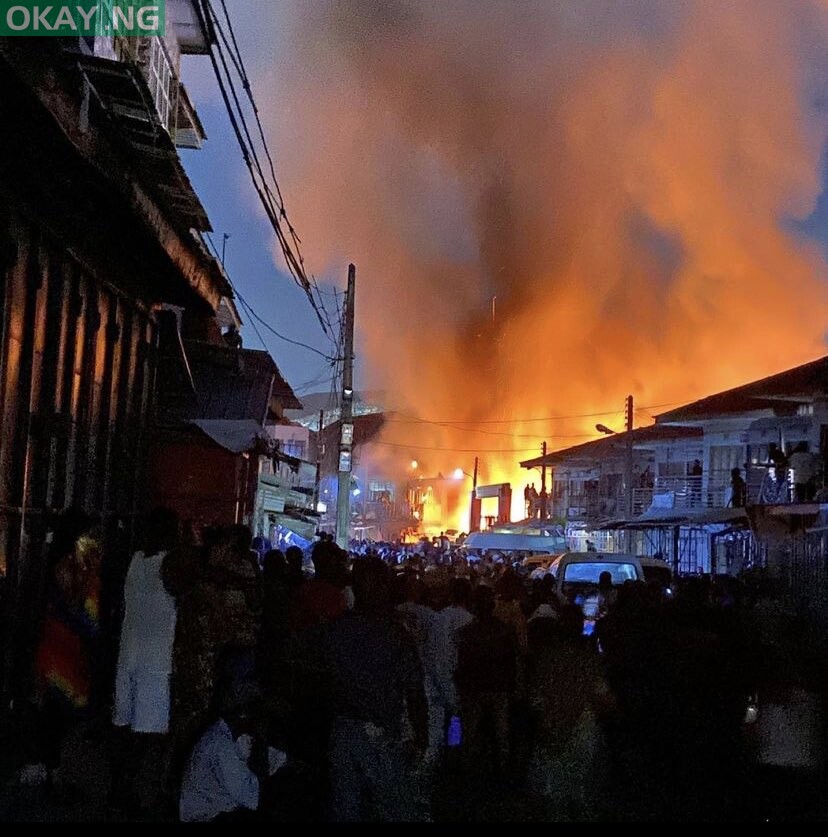 In the Nkwo Umunze Market, Umunze, Orumba South Local Government Area of Anambra State, about twelve stores were destroyed by fire on Friday.

No one was killed in the incident, which broke out about 6.16 am, according to sources.

According to information obtained by the Nigerian Tribune, the fire outbreak started at New Life Line and spread to a block of eight stores and roughly four batcher businesses.

Eyewitnesses reported that millions of naira’s worth of products were destroyed in the inferno, despite the fact that the source of the fire is still unknown.

No lives were lost in the event, according to Fire Chief Engr Martin Agbili, however the origin of the fire is still a mystery.

“We sent our firefighters and fire vehicle to the fire location right away. A total of eight establishments and four batcher shops were affected by the fire breakout that was caused by NEW LIFELINE.

The reason of the fire outbreak is unknown because no one knows how the fire started, and there were no casualties.

Agbili praised those who put out the fire before firefighters arrived and thanked Chief Emeka Sibudu, a former deputy governor of the state, who came to the scene to show his support for the victims and the firefighters.