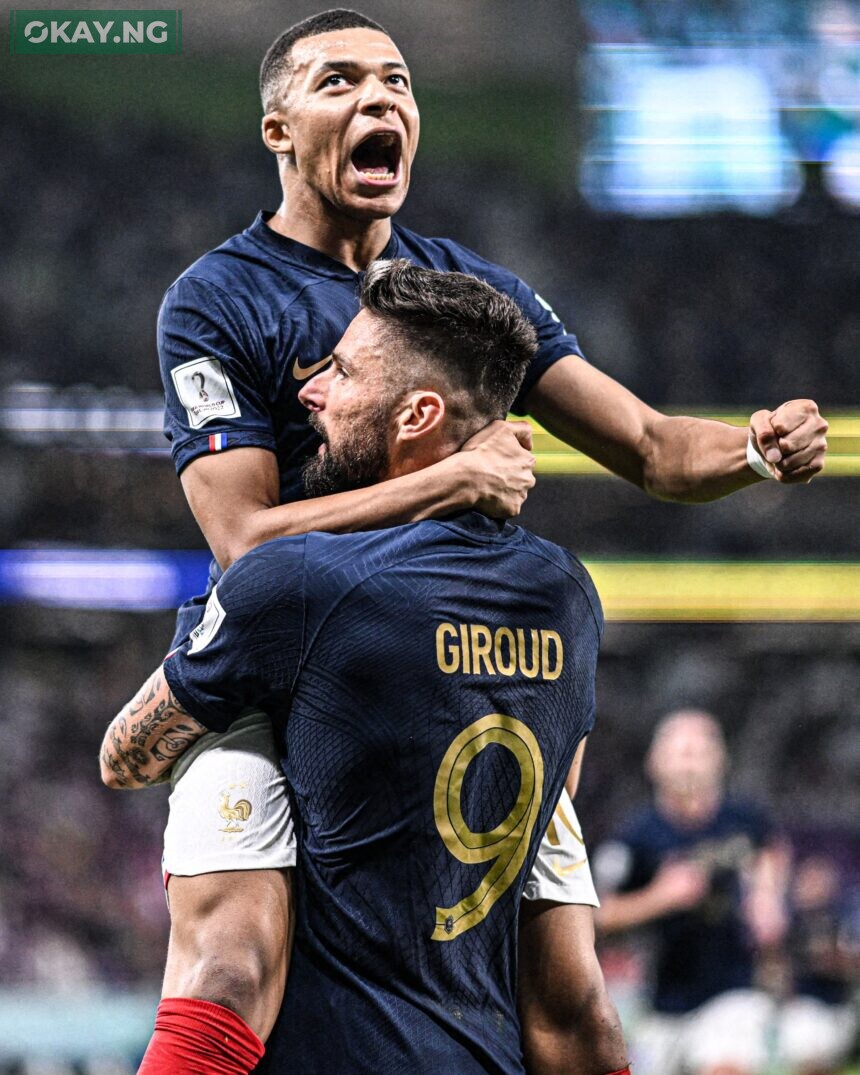 Kylian Mbappe scored twice in the second half to complement Oliveir Giroud’s opener as France overcame Poland to reach the quarter-final of the 2022 World Cup.

Giroud’s goal which came in the 44th minute before the halftime whistle was a record breaker that saw the former Arsenal hitman become the all-time goalscorer for France with 52 goals.

Kylian Mbappe would then condemn Poland out of the competition when he netted twice in the 74th minute and in added time respectively to take his goal tally to five goals in the competition.

Robert Lewandowski, however, pulled a goal back from the penalty spot to give the Polish team a late-minute consolation.

France now await the winner between England and Senegal to ascertain who their opponent in the next round would be.