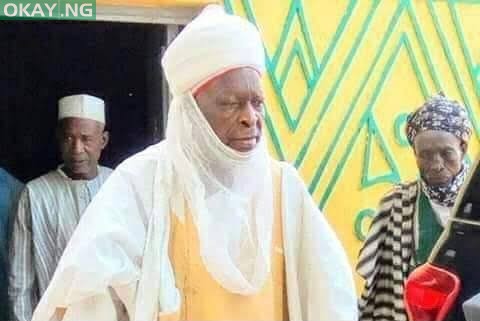 The father of the former governor of Kano state, Rabiu Musa Kwankwaso, Alhaji Musa Saleh Kwankwaso has kicked the bucket at the age of 93.

Till his death, Saleh Musa is the Makaman Karaya and a respected elder in the Kano state.

The statement read in part:

It is with a heavy heart and reverence to Allah (SWT) that we announce the passing away of of our father Alhaji Musa Sale Kwankwaso the Majidadin Kano/Makaman Karaye at the age of 93 in the early hours of the morning Friday 25th December 2020 in Kano.

The late Makaman Karaye Alhaji Musa Saleh Kwankwaso was the father to senator Rabi’u Musa Kwankwaso the former governor of Kano state. He left behind two wives, 19 children (9 male & 10 female) and many grandchildren.”

He will be buried according to islamic rites by 3pm on Friday at Miller, Bompai road, Kano state.