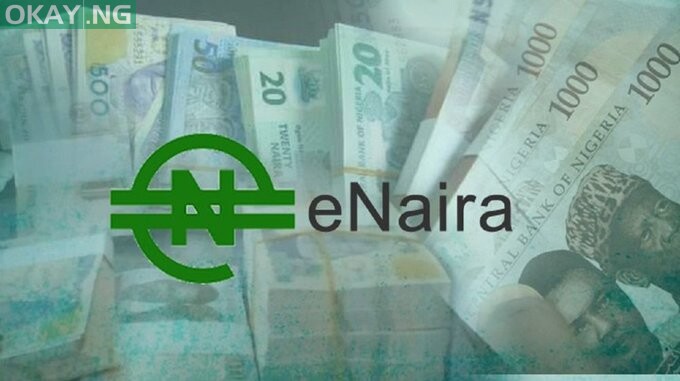 The Central bank of Nigeria (CBN) has deferred the official launch of its digital currency, eNaira.

Okay.ng recalls that the CBN had earlier scheduled to launch the eNaira on October 1st, 2021, however, the apex bank in a statement by its Director of Communications, Osita Nwasinobi, on Thursday, said the unveiling has now been postponed due to other key activities lined up to commemorate the country’s 61st Independence Anniversary.

According to Nwasinobi, the CBN took the decision to postpone the launch, which had been initially planned to coincide with the Independence anniversary, in deference to the mood of national rededication to the collective dream of One Nigeria.

“Ahead of the anticipated launch of Nigeria’s Central Bank Digital Currency, known as eNaira, the Spokesman of the Central bank of Nigeria, Mr. Osita Nwanisobi, says the planned unveiling on October 1, 2021 has now been deferred due to other key activities lined up to commemorate the country’s 61st Independence Anniversary,” the statement reads partly.

While assuring that there was no cause for alarm, Nwasinobi said the CBN and other partners were working round the clock to ensure a seamless process that will be for the overall benefit of the customer, particularly those in the rural areas and the unbanked population.

Reiterating the benefits of the eNaira, he stressed that Nigerians would be able to carry out peer-to-peer transfer to another person’s eNaira wallet as well as pay for goods and services at selected merchants.

He added that the eNaira would also help reduce the use of cash and ensure stability of the Nigerian economy.

On the readiness of banks and other financial institutions in the financial ecosystem for the launch of the eNaira, he reiterated that the digital currency was a journey.

He explained that not all banks customers were expected to commence transaction on the day of the launch.

The CBN Spokesperson, however, assured that financial institutions in Nigeria remained key actors and were a critical part of the Central Bank Digital Currency.

Nwanisobi also noted that the CBN was mindful of concerns expressed about the eNaira, being among the first CBDCs in the world.

According to him, the Bank had put a structure in place to promptly address any issue that might arise from the pilot implementation of the eNaira.