Ojukwu made his declaration on Wednesday in Awka, at the grand finale campaign of the APC candidate for the Anambra 2017 governorship election, Dr Tony Nwoye.

According to him, his decision to join the party is to protect the interest of the Igbo.

Ojukwu, who was adorned in the toga of his new party, said it is time for the people of the South East region to move from “the recession of the periphery to the centre.”

“It is time to leave the shadows for light. Every now and then, they come out with my father’s shadow to confuse the people,” he said.

According to him, APGA is a means to an end but not an end itself.

He said the reason why his father joined the National Party of Nigeria in the second republic was to ensure that Igbo people remained in the mainstream of Nigerian politics.

“Mr President, I am proud to stand here today in support of you and in solidarity with the APC and our candidate, Tony Nwoye,” he added.

The APC national chairman presented the party symbol to him and described the rally as “another historic campaign.”

Oyegun recalled that Buhari made history when he unseated the incumbent president, Goodluck Jonathan in 2015, saying that the same feat would be achieved in Anambra 2017 governorship election.

The national chairman urged the people of the state to vote en mass for the party and Nwoye at the Saturday poll.

NCDC: We are not recruiting at the moment 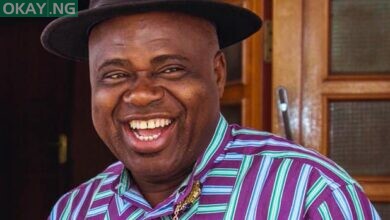