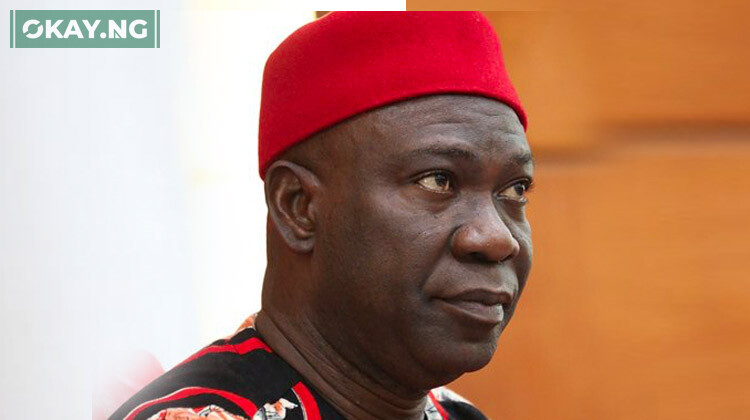 Ike Ekweremadu, a former vice-president of the Senate, is currently fighting charges of organ trafficking in the United Kingdom.

On Friday, an Abuja court ordered the temporary forfeiture of 40 lands that are allegedly his.

After Ibrahim Buba, an attorney for the Economic and Financial Crimes Commission, filed and moved the ex-parte motion, Justice Inyang Ekwo of the Federal High Court in Abuja issued the ruling (EFCC).

Ekweremadu and his wife Beatrice are currently being held in detention in the UK on suspicion of allegedly trafficking David Ukpo’s organs while he was a juvenile.

The anti-graft agency was given a seven-day deadline by Justice Ekwo, who granted the request, to publish the interim forfeiture order of the property in a national daily.

The judge ordered anyone with a stake in the seized property to explain why it shouldn’t be permanently forfeited to the federal government within 14 days of the publication of the interim forfeiture order.

Okay.ng learnt that presently the case has been postponed until December 5 for a report by Justice Ekwo.