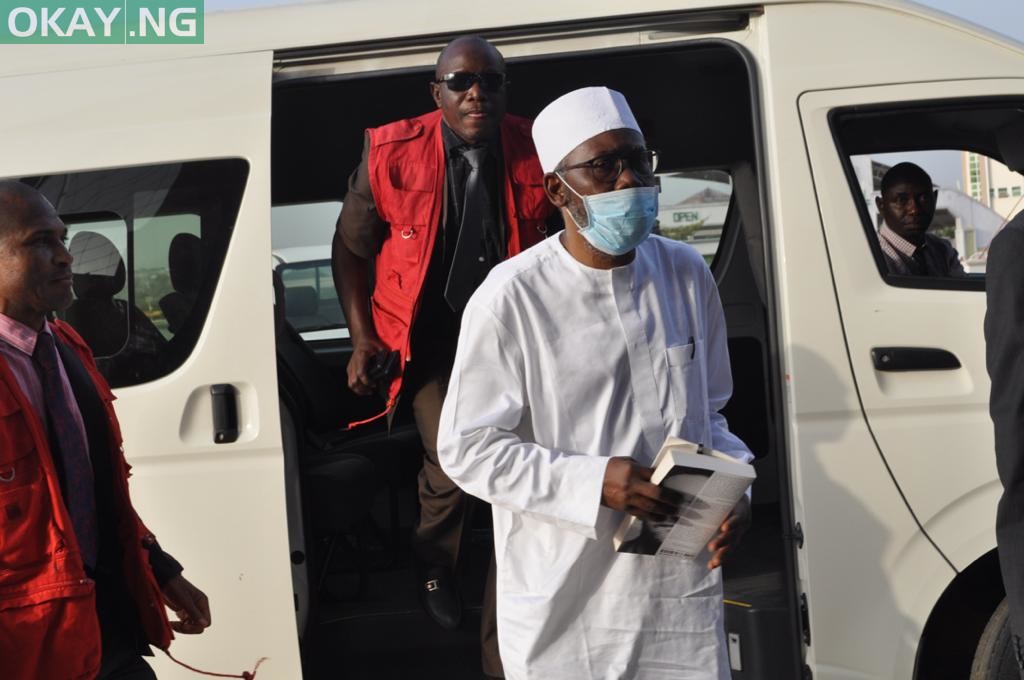 The Economic and Financial Crimes Commission(EFCC) on Tuesday re-arraigned a former Attorney-General of the Federation and Minister of Justice, Mohammed Adoke, for alleged money laundering.

Adoke was re-arraigned alongside a controversial businessman, Aliyu Abubakar, on an amended 14-count charges.

The EFCC, had on February 10 arraigned Messrs Adoke and Abubakar on seven counts. Mr Adoke had six counts while Mr Abubakar had one count.

But with amended charges, Messrs Adoke and Abubakar now have seven-count charge each.

The duo are also standing trial alongside others at the FCT High Court in Gwagwalada in Abuja, in respect of the Malabu oil transaction.

According to the anti-graft agency, the duo in 2013, made payments (in naira and dollar), into the former AGF’s accounts.

This is in violation of various provisions of the Money Laundering (Prohibition) Act, EFCC said.

Count one of the charge reads; “That you Aliyu Abubakar, sometime in September 2013, in Abuja, within the junsdiction of this Honourable COurt, accepted a cash payment or the sum of $2,000,000.00 (Two million United States Dollars) from Farsman Holdings Limited, through Abdulhakeem Uthman Mustapha, and you thereby committed an oftence contrary to the combined effect of section 16 (1) (d) and of section 1(a) of the Money Laundering Prohibition Act 2011 (as amended) and punishable under section 16 (2)(b) of the same Act.”

Count eight of the charge reads “That you Mohammed Bello Adoke, sometime in August 2013, in Abuja, within the jurisdiction of this Honourable Court, accepted a cash payment of a sum of United States Dollars, equivalent to N300,000,000.00 (Three hundred million Naira), from Aliyu Abubakar, and you thereby committed an offence contrary to the combined effect of section 16 (1) (d) and of section 1(a) of the Money Laundering Prohibition Act 2011 (as amended) and punishable under section 16 (2)(b) of the same Act.”

The two defendants pleaded not guilty to the 14-count charge when read to them.

The court adopted the bail condition granted to the duo on February 10, in the sum of N50m with one surety in like sum.

The court has however adjourned to August 11, 12 and 13 for the trial of the former AGF and Mr Abubakar.