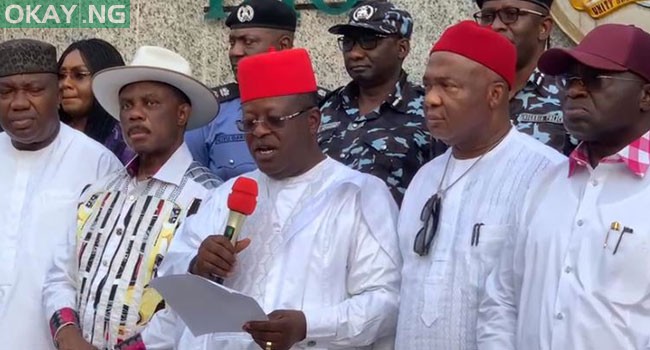 Governors of the five South-east states on Sunday launched its own joint security outfit codenamed EBUBEAGU.

According to Umahi, the regional security would be the joint Vigilante from Southeast with their headquarters in Enugu state.

Also sitting alongside with the Southeast governors’ included the President General of Ohanaeze Ndigbo worldwide, Professor George Obiozor as well as top security chiefs in the zone.