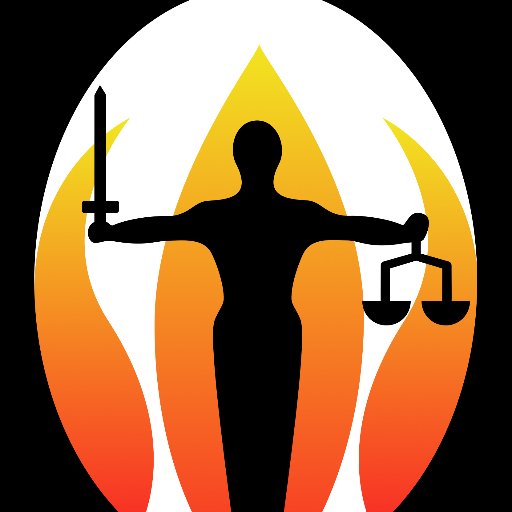 The Socio-Economic Rights and Accountability Project (SERAP) has, in a letter, asked President Muhammadu Buhari to instruct the Minister of Information, Alhaji Lai Mohammed, to withdraw the threat to sanction the BBC and Daily Trust over their documentaries on terrorism in the country.

Okay.ng recalls that the Minister had threaten to sanction the BBC and Trust Tv for airing documentaries that allegedly “glorify”, “promote”, and “fuel” terrorism and banditry in Nigeria.

It added that “Media houses and journalists ought to be given the room to determine how best to present information of public interest, especially information about the growing violence and killings across the country.”

The organization said, “Rather than punishing the media for promoting access to diverse opinions and information on issues of public importance, your government should focus on delivering your promises to ensure the security of Nigerians.”

“We would be grateful if the requested action is taken within 48 hours of the receipt and/or publication of this letter. If we have not heard from you by then, SERAP shall take all appropriate legal actions in the public interest.”

“A free, uncensored, and unhindered press or other media is essential in any society to ensure freedom of opinion and expression and the enjoyment of other rights. It constitutes one of the cornerstones of a democratic society.”

“Sanctioning the BBC and Daily Trust would be entirely inconsistent and incompatible with Nigeria’s obligations under article 9 of the African Charter on Human and Peoples’ Rights and article 19 of the International Covenant on Civil and Political Rights.”

“The threat if carried out would impermissibly restrict the constitutional and international rights to freedom of expression, access to information, and victims’ right to justice and effective remedies that are central to public debate and accountability in a democratic society.”

“Access to information is essential for the enjoyment of other human rights and freedoms and constitutes a fundamental pillar for building a democratic society and strengthening democracy.”

“Allowing the media to freely carry out their duties is essential to building secure society and leaving no one behind. Conversely, imposing impermissible restrictions on media houses, journalists and other Nigerians undermines the security that builds a healthy and vibrant society.”

“The grounds for sanctioning the BBC and Daily Trust as stated by Mr Mohammed fail to meet the requirements of legality, necessity, and proportionality.”

“The requirement of necessity also implies an assessment of the proportionality of the grounds, with the aim of ensuring that the excuse of ‘glorifying, promoting, and fuelling terrorism and banditry’ are not used as a pretext to unduly intrude upon the rights to freedom of expression and access to information.”

“Any interference with the constitutional and legal duties of the BBC and Daily Trust would not be justified in the context of the right to information.”

“The Federal Government has not shown that the documentaries by the media houses would impose a specific risk of harm to a legitimate State interest that outweighs the public’s interest in the information provided by the documentaries.”

“The documentaries by the BBC and Daily pose no risk to any definite interest in national security or public order.”

“It is inconsistent and compatible with the Nigerian Constitution 1999 [as amended] to invoke the grounds of ‘glorifying, promoting, and fuelling terrorism and banditry’ as justifications for suppressing freedom of expression or withholding from the public information of legitimate public interest that does not harm national security.”

“It is contrary to both the Nigerian Constitution and international standards to threaten or punish journalists and media houses such as the BBC and Daily Trust for disseminating such information.”

“The vague and overbroad definitions of ‘glorifying’, ‘promoting’, and ‘fuelling’ raise concerns that the threat by the Federal Government if carried out would unduly interfere with the rights to access to information, and disproportionate to any purported legitimate governmental aim. Ill-defined and/or overly broad grounds are open to arbitrary application and abuse.”

“The broad definitions of what may constitute ‘glorifying’, ‘promoting’, and ‘fuelling’ also heighten concerns of overreach, confer far-reaching discretion on the government, and suggest that the grounds cited by the Federal Government are more intrusive than necessary.”

“These words do not indicate precisely what kind of individual conduct would fall within their ambit.”

“The use of these words by the Federal Government, given their opaque and ambiguous meaning, leaves open the possibility for application beyond unequivocal incitement to hatred, hostility, or violence. Such words may function to interpret legitimate reporting by media houses, journalists, and other Nigerians as unlawful.”

“The grounds cited by the Federal Government for sanctioning the BBC and Daily Trust also fail to establish a direct and immediate connection between the reporting by the media houses and any risks to national security and peace.”

“The threat if carried out would also create an environment that unduly deters and penalizes media houses and journalists, and the reporting of government wrongdoing more generally.”

“The cumulative effect of any attempt to sanction the BBC and Daily Trust would be the gagging of the media from reporting on cases of violence and killings by terrorists and kidnappers, the reporting and information that is clearly in the public interest.”

“SERAP recalls that in your 2022 new year message, you raised concerns about persistent insecurity in certain parts of the country and promised to remain ‘resolute in giving utmost attention to the problem.’”