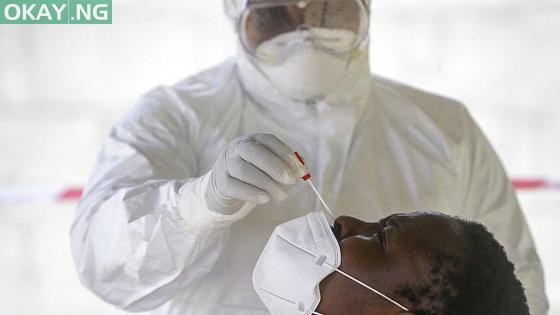 The Nigeria Centre for Disease Control (NCDC) has registered 48 new cases of COVID-19, bringing the total number of infections in the country to 162,641.

NCDC disclosed this on its official Twitter handle, noting that the country’s daily new cases continue to follow a downward trajectory.

The health agency said that the country’s death toll from the deadly infection moved to 2,049 after an additional death in the last 24 hours.

The NCDC stated that the 48 infection were registered across eight states.

It added that Lagos state recorded the highest number with 13, while Kaduna and Nasarawa registered seven each and Kano confirmed six infections.

Amongst others state were Kwara with five cases, Ondo with four, Akwa Ibom and Osun reported three cases each.

The health agency said that 158 more people were discharged after testing negative to the virus across the country in the last 24 hours.

“Our discharges today include 28 community recoveries in Ekiti State managed in line with guidelines,” NCDC stated.

The NCDC stressed that a multi-sectoral national emergency operations centre (EOC), activated at Level 3, had continued to coordinate the national response activities in the country.

The agency said that the country’s active cases stood at 10,363.