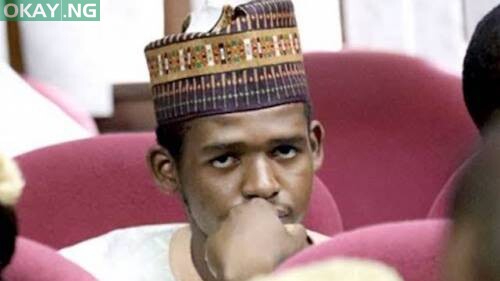 Faisal, son of Abdulrasheed Maina, a former Chairman of the defunct of the Pension Reform Task Team (PRTT), has been sentenced to 14 years in prison, Okay.ng reports.

Justice Okon Abang of the Federal High Court, Abuja, on Thursday convicted Faisal on all the three-count money laundering charge levelled against him by the Economic and Financial Crimes Commission (EFCC).

In count one, Faisal was jailed for 5 years, in count two, he was sentenced to 14 years imprisonment with effect from today.

The court ordered Faisal to return to the FG, the sum of N58.1m accused him of laundering, and the company worn up.

In count three, the defendant was jailed for 5 years.

The court held that the terms will run concurrently.

More so, Justice Abang ordered the Federal Government to arrest Faisal for him to serve his jail term, and if arrested outside Nigeria, the FG should lawfully extradite him to face his sentence.