Veteran Nigerian Comedian, IGoDye born Francis Agoda has built and sheltered his mother in a mansion.

The location of the house is yet to be disclosed as the news making rounds confirmed that the Royal building was built in the name of the comedian’s mother.

I Go Dye who has always been appreciative of his family and a proud product of his grand mother, once revealed that he learnt a lot from his grandma.

The ace comedian once said in an interview that his early days were spent with his grand mother who raised him with so much traditional values which amused his peers in Warri. 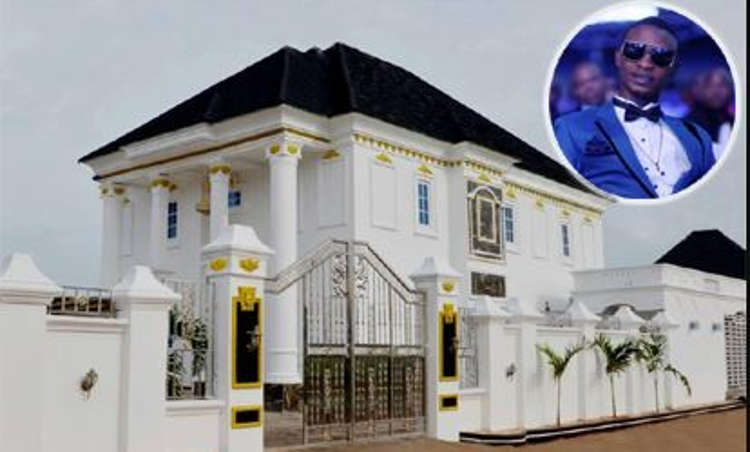 In his words: ” There was so much difficulty for my age mates to comprehend my ideas and values of life. It was seen most times that I was saying things that were not achievable because they felt I knew more than my age. I had difficulty also conforming to their standard and it took me sometime to study their moral upbringing, which had so much difference from the way life was in the village and living with an old woman. More so, the challenges of life are so much, it took me strong personal conviction to stand firmly on my belief and dreams.”