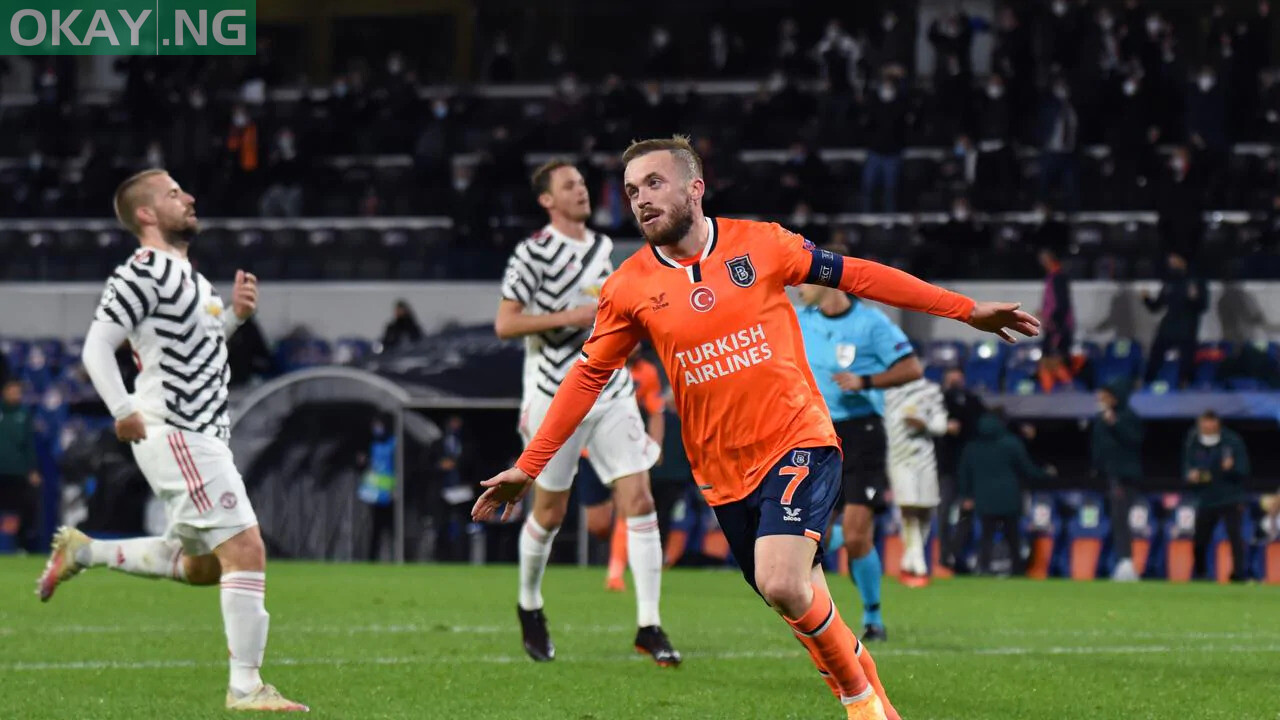 Manchester United produced a shambolic first-half defensive display as they slipped to a 2-1 Champions League defeat against Istanbul Basaksehir on Wednesday.

Ole Gunnar Solskjaer’s side, struggling badly in the Premier League, failed to reproduce the zest and intensity they showed in impressive wins against Paris Saint-Germain and RB Leipzig last month.

The three-time European champions dominated possession in Turkey but were badly exposed on the break as former Chelsea forward Demba Ba and Edin Visca put the home side 2-0 ahead.

United gave themselves hope when they reduced the deficit shortly before half-time through an Anthony Martial header.

But despite multiple second-half changes, Solskjaer’s men could not find a way past the determined Basaksehir defence.

United started on the front foot in the early minutes of the game, with no sign of the defensive chaos to come in front of a small but vocal crowd.

Luke Shaw fizzed a ball past the far post with his left foot but United, with Marcus Rashford and Martial up front, lacked a decisive final touch.

The home side were ahead in the 12th minute after a long clearance found the unmarshalled Ba, who collected the ball just inside his own half and raced through to beat goalkeeper Dean Henderson, making his European debut in place of David de Gea.

Axel Tuanzebe, who impressed in Paris, had a heart-stopping moment after he pulled Ba back but escaped with a yellow card.

Basaksehir remained threatening on the break, with United worryingly open at the back, and they were caught napping again five minutes before half time.

Deniz Turuc robbed Juan Mata of possession down the left and raced forward, sending over a cross that Ba stepped over and Visca smashed home.

United crucially reduced the deficit in the 43rd minute when Martial steered a Shaw cross home with his head.

Solskjaer hooked Tuanzebe off at the interval, with Scott McTominay coming on and Nemanja Matic dropping back to play at centre-back alongside Harry Maguire.

Bruno Fernandes had a free-kick from a central position about 10 minutes after the restart but his shot did not have the power to beat Basaksehir goalkeeper Mert Gunok.

Solskjaer threw on Edinson Cavani and Paul Pogba in place of Mata and Donny van de Beek to add impetus to the attack but United struggled to create clear chances.

Mason Greenwood came on for Rashford as United continued to search for a way through.

They went agonisingly close to an equaliser in stoppage time when a header was cleared off the line but they could not rescue a point.