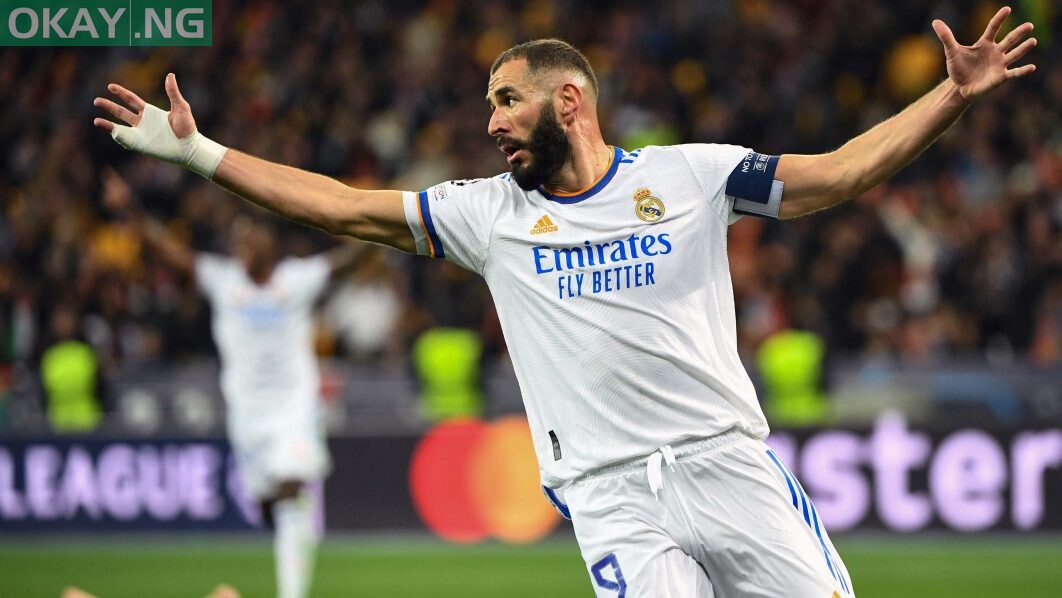 Real Madrid thrashed Shakhtar Donetsk 5-0 in the Champions League on Tuesday as Karim Benzema scored on the eve of his trial in France on charges of complicity in blackmail.

A first-half own goal from Serhiy Kryvtsov put Real on their way before Vinicius Junior scored two superb goals before setting up Rodrygo for the fourth.

Benzema added the fifth in injury time in a game played in Kiev.

The French international striker goes on trial in France on Wednesday with four other men accused of complicity in the attempted blackmail of his former international teammate Mathieu Valbuena in a case known as the “sextape affair”.

It is not known if Benzema will be present for the start of the trial.

It was a welcome win for Real, the 13-time European champions, after they slipped to an embarrassing home defeat to Moldovan minnows Sheriff Tiraspol in their last match.

Sheriff lost 3-1 to Inter Milan on Tuesday but Real are still second to them in Group D with both clubs on six points.