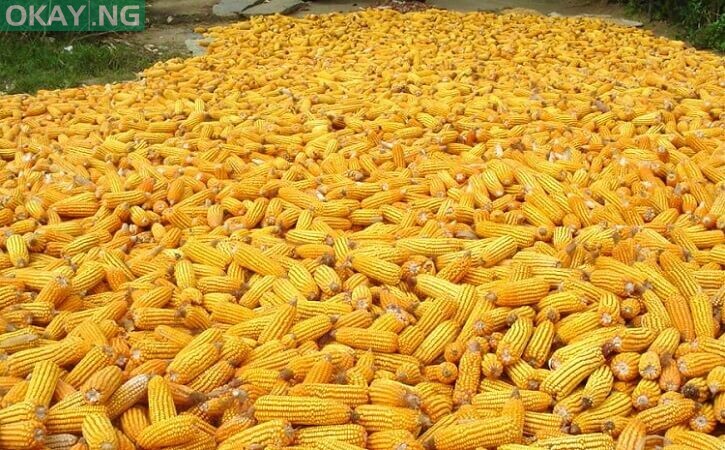 The Central Bank of Nigeria (CBN) has approved the release of 50,000 metric tonnes of maize to 12 major producers, from strategic maize reserve (SMR) under the Anchor Borrowers’ Programme (ABP) in a bid to crash and moderate food prices in the market.

The Acting Director of the Communication of the CBN, Osita Nwanisobi, who confirmed the development, reaffirmed that the move would crash the price of maize, reduce pressure on the market, and make the product directly available to feed producers, thereby reducing the price of poultry feed in the country.

According to the apex bank, the release of maize to the companies, which is the third of such releases, is also intended to tackle the nefarious activities of middlemen who hoard the product thus causing artificial scarcity.

Also speaking on the development, the National President of the Maize Association of Nigeria (MAAN), Dr. Bello Abubakar urged middlemen to desist from taking advantage of the supply gap to hike the price of the grains. He also assured that farmers in Nigeria would maintain reasonable pricing of the products.

The CBN, responding to the activities of middlemen in January 2021, released 300,000 metric tonnes of maize, which forced the substantial reduction in the price of maize per metric tonne.

Similarly, the Bank, in a renewed move to address the rising cost of food prices in the Nigerian market, collaborated with the Rice farmers Association of Nigeria (RIFAN) to distribute 27,000 metric tonnes of rice paddies directly to millers nationwide on Thursday, June 24, 2021.

The direct allocation from RIFAN warehouses across 16 States of the Federation followed the earlier sale of paddy aggregated as loan repayment under the Anchor Borrowers’ Programme (ABP) to millers from the rice pyramids unveiled in Niger, Kebbi, Gombe and Ekiti States.