The Receiver Manager, Mr. Adeniyi Adegbonmire has appointed Capt. Fola Akinkuotu as substantive CEO for Aero Contractors, as part of the second phase of the restructuring process of the airline.

According to Mr. Adegbonmire, the second phase of the intervention was to appoint a CEO after 15 days of the tenure of Tunde Fagbemi of Springfountain, the Receiver Manager Representative (RMR).

Capt. Fola Akinkuotu, who was the Director General of the Nigerian Civil Aviation Authority (NCAA) between August 2013 to March 2014, takes over with immediate effect, following a brief intervention led by the RMR.

Fola Akinkuotu is a pilot, as well as flight and aircraft engineer. He was responsible for the start up and running of IRS Airlines as pioneer Managing Director/COO. Thereafter he was part of the start up team for Arik Airlines. Capt. Fola Akinkuotu was Technical Pilot and Training Manager for Virgin Nigeria, NCAA designated Type Rating Examiner becoming the Director Flight operations and later Executive Director International Operations in Virgin/Air Nigeria.

In addition to his technical skills, he has extensive administrative experience as, founding Rector/CEO of the International Aviation College Aviation Ilorin, before becoming the Director General of the Nigeria Civil Aviation Authority (NCAA). With over forty, 40, years experience in the aviation industry, he has held previous senior management positions in a number of airlines. Starting out as an aircraft engineer, where he was in charge of the Presidential fleet, he then qualified as pilot and flight engineer turbo jet. He has over 13,000 hours of jet time flying in commercial airlines. In 1998, he was entrusted with the honour of flying Pope John Paul II in Nigeria during his pastoral visit to Nigeria.

“Aero is a premium Nigerian legacy brand, and I am determined to ensure that this airline continues to serve the Nigerian market efficiently, reliably and with its safety record intact.”

Following a high court order obtained by Asset Management Corporation of Nigeria, (AMCON), a Receiver Manager Representative, Tunde Fagbemi of Springfountain was appointed February 5, 2016 to begin the process of turning around the Aero Contractors with a view to handing over to a substantive CEO. 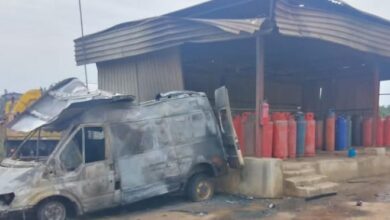