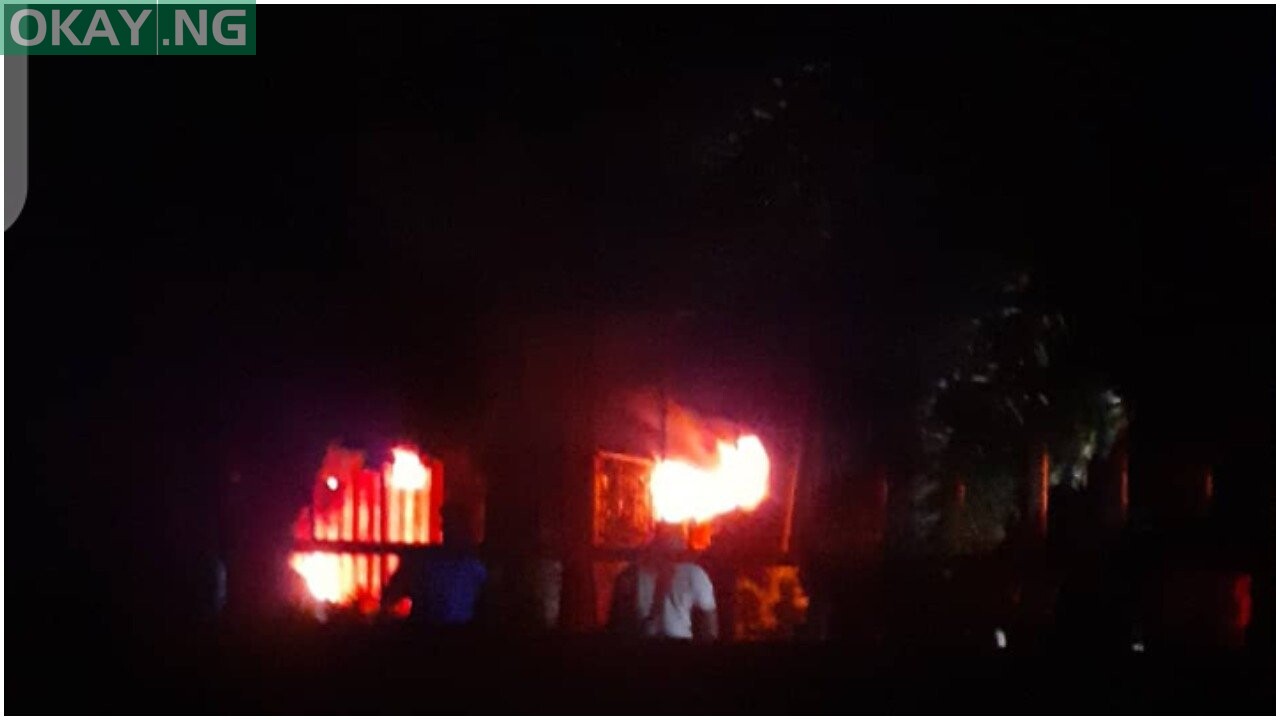 Okay.ng gathred that the inferno which started at around 8:45pm destroyed items to be used for the governoship election scheduled on October 10 in the state.

The cause of the fire is yet to be ascertained as of the time of filing this report.

The Chief Press Secretary to INEC chairman, Rotimi Oyekanmi, in a tease statement said the investigation is being carried out on the fire incident.

The statement read: “Fire broke out today (Thursday) September 10, 2020, at the Ondo State Head Office of the Independent National Electoral Commission in Akure.

“The inferno, which gutted the container housing Smart Card Readers, started at 7.30 pm. Men of the Fire Service are however currently containing the fire.

“INEC National Commissioner and Chairman of its Information and Voter Education Committee, Festus Okoye, who is in Ondo State in connection with preparations for the Ondo State Governorship election scheduled for October 10, 2020, rushed to the office about 8 pm.

“The Administrative Secretary of the State, Mr. Popoola, and some staff of the commission are also there.

“Okoye said an investigation into the cause of the fire will commence promptly after the fire has been contained.”