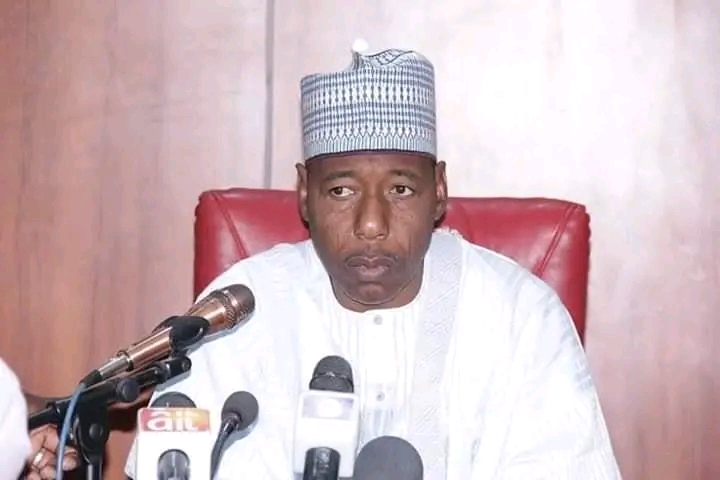 The Borno State governor, Prof. Babagana Zulum, has approved the release of N10m and a house to the bereaved family of Babagana Tela otherwise called Kadau; who was the overall commander of the Civilian JTF in the Bama Local Government Area before he was killed by Boko Haram in June 2022.

The Civilian JTF is a prominent volunteer group of combat ready youths, famous for using their local understanding of Borno’s terrain to fight Boko Haram and ISWAP terrorists.

The ‘Civilian JTF’ works closely with the military and has members operating under sectors modelled after military battalions.

Kadau was commander of “sector one” in Bama before he was ambushed by Boko Haram, while his team went on routine patrol outside Bama town.

In a statement by Zulum’s spokesperson, Isa Gusau, the governor during his meeting with counterinsurgency volunteers in Bama during the week, paid tribute to Kadau for paying the supreme price in defence of Borno and Nigeria.

The statement noted, “Before leaving Bama on Thursday evening, Zulum visited Kadau’s deceased family to register his condolence, after he had previously sent representatives.

“The governor directed the release of N10m for the upkeep of the family over a period of time. He directed that the family opens an account with joint signatories, to which the N10m, he said, would be paid.

“Zulum also directed that a house worth another N10m be purchased for Kadau’s bereaved family so that they should stop paying rent.’’

Gusau noted that the governor further directed that all children of the late commander be awarded scholarship throughout their education which he described as “very small reward for all that Kadau did in his contributions to returning peace in Bama and by extension Borno State and Nigeria.’’

The statement stated that Zulum had before the donation offered cash, food and textiles to all 683 volunteers involved in fighting Boko Haram in Bama and paid tribute to all of them for their services.

Gusau stated that Zulum in June 2019 increased the monthly allowances of volunteers across Borno State, approved procurement of more vehicles and security gadgets for them.

He added, “The governor also approved massive recruitment of hunters to join volunteer groups and had them deployed to their communities to complement efforts of armed forces in fighting terrorism.’’