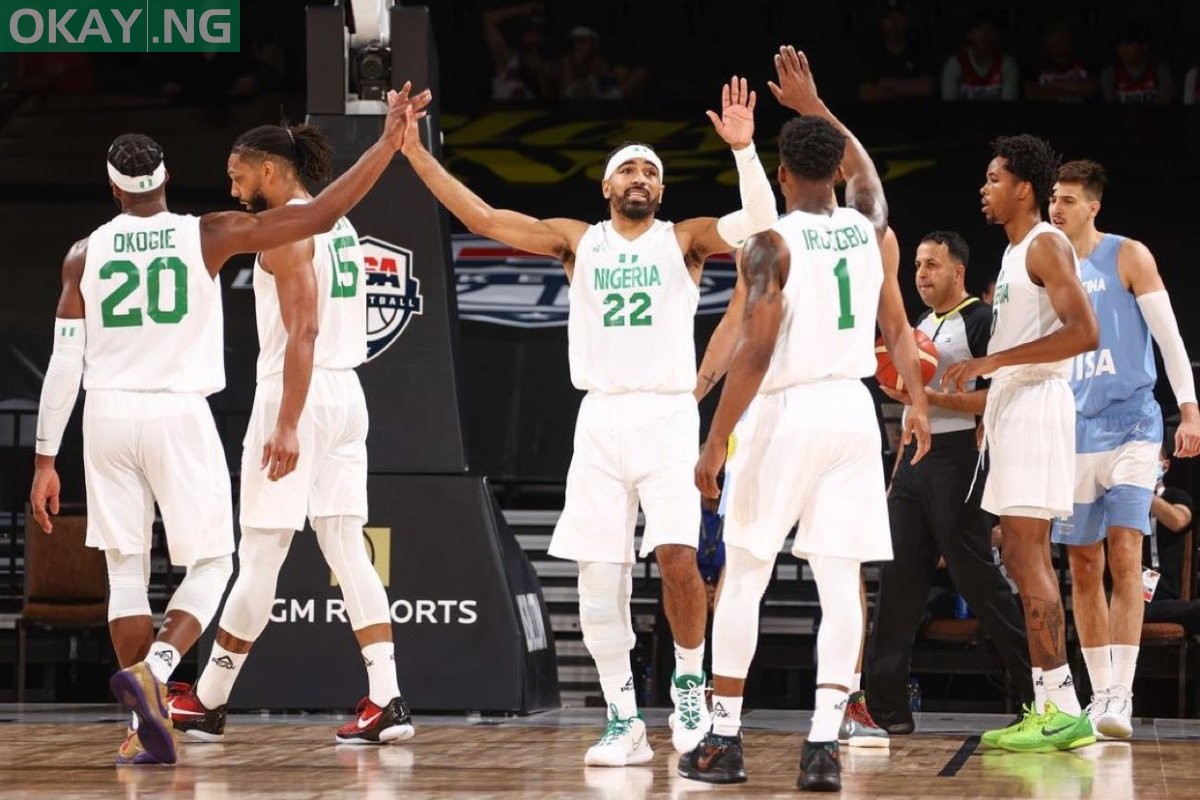 Okay.ng understands that this is after the Nigerian team defeated the United States 90-87 in a pre-Olympic basketball friendly.

Both teams were physical in their approach, but the Argentines led 19-17 at the end of the first quarter.

D’Tigers returned with more zeal in the second quarter, outscoring the South Americans 26-14 to take a 10-point lead into halftime 43-33.

Jahil Okafor, who missed out on the team’s win over the United States on Sunday, scored eight points and five rebounds at half time. He finished the game with 15 points and seven rebounds.

Nicolás Laprovíttola led the Argentines in scoring in the first half with eight points.

D’Tigers kept their foot on the gas in the third quarter, taking a 19-point lead to finish the quarter 74-55.

The team consolidated their effort in the final quarter finishing the game 94-71.

The result and performance from the team will leave head coach Mike Brown with a selection headache as he is expected to name his final 12-man roster July 17 before the team depart for Tokyo.

Nigeria are in Group B along with Australia, Italy and Germany and play their opening game against the Aussies July 25 at the Saitama Super Arena.

Unlike the game against the US, where they scored 60 points from the three point line, D’Tigers scored more field goals against the Argentines.