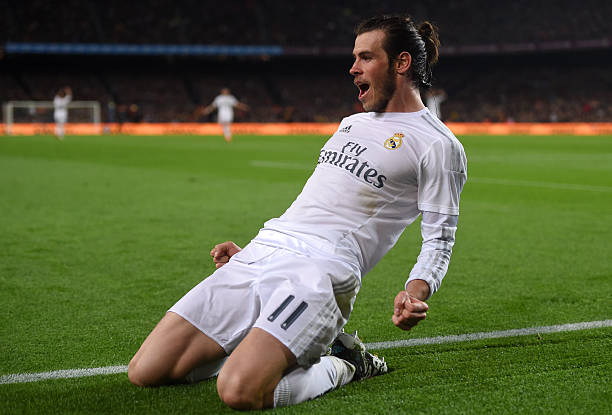 The Real star has long been linked with a move to Old Trafford but went up against Jose Mourinho’s side in California on Sunday.

The Real winger has been mooted with a return to the Premier League in recent weeks, with United reported to be the main targets.

Jose Mourinho has been open about his desire for additional signings before the 2017-18 Premier League campaign but moved to dismiss claims he was chasing Bale in the build-up to the meeting with the Spanish goliaths in the pre-season tournament.

Asked about the speculation linking him with a return to England with United, and Mourinho rubbishing reports, Bale told Sky Sports:
“There you go. I haven’t said anything [on the rumours].”

United have added Victor Lindelof and Romelu Lukaku to their ranks so far, with the latter agreeing a five-year deal in a record-breaking transfer from Everton.

The Belgium striker has already impressed during pre-season and played the second part of the Real tie on Sunday.

Lukaku and Bale exchanged words following the 1-1 draw, which United clinched 2-1 on penalties, and the Welshman has revealed what he said.

“He’s been playing long enough, he’s done very well in the Premier League and I’m sure he’ll do great for them.”

And the former Tottenham star is looking forward to the new campaign following their first outing of pre-season.

“Us as a team every season we go into every competition looking to win it and it’s no different again this year. We’ve also got the motivation to do that and we’ll be trying our hardest to win every competition we enter.

“First game of pre-season – for us it’s about getting the cobwebs out, get started on getting game time and obviously we would’ve loved to have won but that’s the way it goes.”