Ekiti State Governor, Ayo Fayose, has clarified that the state only got N9.6 billion out of the over N29 billion it applied for in the Federal Government’s bail-out funds for states.

The governor, who spoke on Monday in Ikogosi-Ekiti during the opening ceremony of a two-day retreat for commissioners, permanent secretaries and heads of agencies, also said out of the N5.6 billion applied for by the 16 local governments in the state, the FG only approved N991 million.

In a statement in Ado-Ekiti by his Chief Press Secretary, Idowu Adelusi, the governor made the clarification following insinuations that the state government did not want to pay pensions arrears and gratuities of retirees.

“You people know that I don’t hide anything from you when allocations come. We applied for N29 billion from the bail-out fund. It is to cover the August and September 2014 salary arrears left by the Fayemi government, leave bonus, pensions, gratuities and others. But for reasons we don’t know yet, the FG only approved N9.6 billion for salaries leaving other issues.

“The 16 local governments applied for N5.6 billion and we did all the necessary papers and presented them to the appropriate authorities, but only N991 million was approved. We were later told by the Central Bank of Nigeria that about 14 states had similar problem with the small amount approved for local governments.

“I have since written to them to rectify the situation and I hope they will do that quickly. It is only the Federal Government that can explain why they only approved one item, salary, out of the many items we presented to them on the workers’ issue.

“We have nothing to hide and people should appeal to the FG to release the money in full. We know it is loan that we will repay with nine per cent interest,” he said.

The governor also explained that the state had experienced a sharp decline in monthly allocations in recent time.

The governor also gave the assurance that there would be transparency in the disbursement of the CBN’s N2 billion loans to small and medium scale enterprises as soon as the state receives it.

He urged participants and civil servants to be loyal, committed and dedicated to their duties.

He promised a conducive atmosphere for them to work and motivation to deserving ones.

The Head of Service, Dr Gbenga Faseluka, expressed the determination of public servants to put in their best. 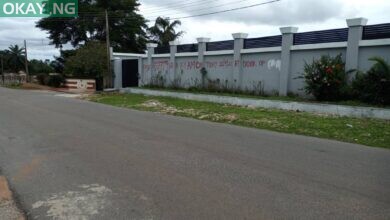 Emir of Gaya in Kano is dead