The All Progressives Congress (APC) in Ekiti has indefinitely suspended Segun Oni, former deputy national chairman of the party.

This was disclosed in a letter signed by Shina Akinloye, chairman and Taiwo Ogunyemi, secretary of Ifaki-Ekiti ward two, Ido/Osi local government area of Ekiti state.

Oni was suspended following his failure to honour an invitation sent to him by the “fact-finding committee” of the ward over allegations of anti-party activities levelled against him.

“Subject to Article 21 Subsections I, II and X of the APC constitution 2014 as amended, we the undersigned executive members of the APC hereby suspend you indefinitely from our great party, based on your refusal to honour our invitation for investigation and fact finding into the allegation of anti-party activities levelled against your person by the members of our party,” the letter reads.

The letter which was obtained by Okay Nigeria continued:

“We are by the copy of this letter informing both the local government and state working committee of the party for necessary information and action.”

”Kindly indicate by informing the APC chairman the convenient time and date to appear before members within the next seven days of reception of this letter.”

See the letter below: 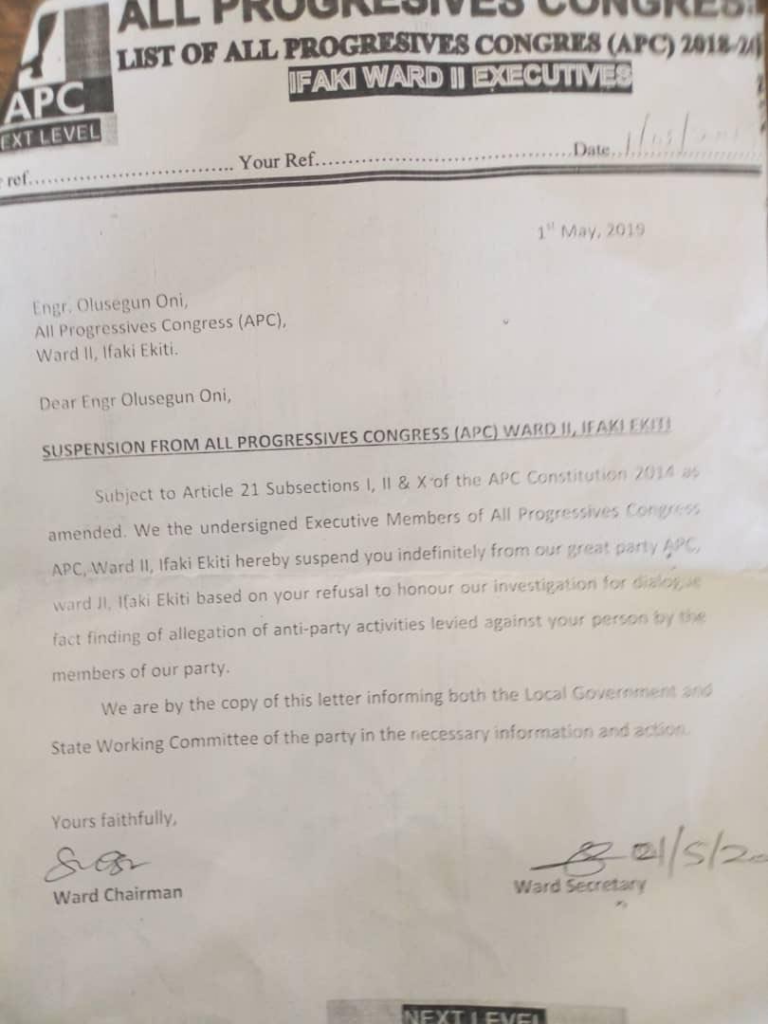 Gov Zulum suspends all staff in hospital for abandoning duty