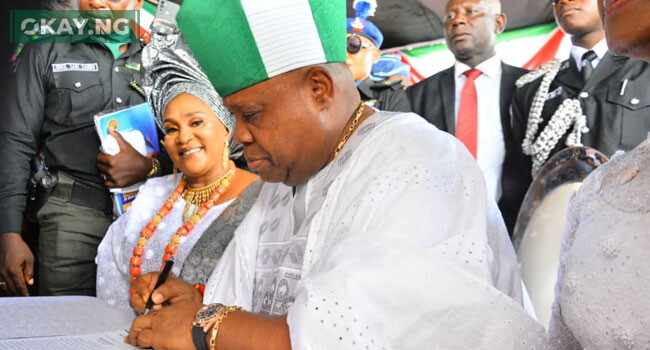 Osun State Governor, Ademola Adeleke has directed the immediate suspension of the Chairman of the Osun State Independent Electoral Commission (OSIEC), Segun Oladitan and six members of the commission.

This was contained in a statement signed by the Secretary to the State Government, Tesleem Igbalaye, on Monday.

According to the statement, the suspension was sequel to several petitions bothering on financial impropriety, dereliction of duty, absenteeism and abuse of office.