Nigeria’s Acting President Yemi Osinbajo has said Nigerians to embrace love, saying “the seed of hate is the device of the devil.” 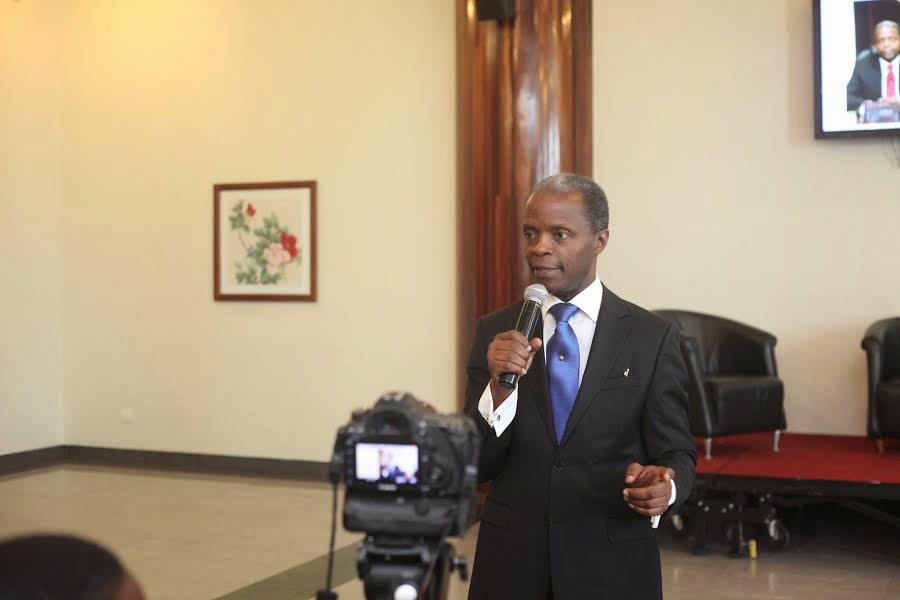 Acting President Yemi Osibanjo on Tuesday urged Nigerians to embrace love, saying “the seed of hate is the device of the devil.” He made the call at the Biannual Conference of Pentecostal Fellowship of Nigeria (PFN) in Benin as he preached forgiveness.

The acting president, who went down memory lane on religious crisis dating back to 1979 with the Maitasine crisis in Borno that left many dead, urged Christians to live in peace with one another.

He also urged Christians to embrace love, noting that “hate is the device of the devil likely to hinder prosperity of the Christendom.” According to him, hate is man’s greatest enemy, recalling that the country witnessed brutal killings of men and women in the past few years. He added that “the history of blood and religious conflict extends every Nigerian government.” Osibanjo, therefore, urged Christians not to be despised by others, saying “it is the burden of the Gospel.” On the Southern Kaduna Killings, he said “investigations are ongoing; I can’t make any categorical statement.

“Troops were sent in after a security council briefing was received from the state and police, after they found themselves not being able to curtail the killings. “Every Nigerian leader, whether Christian or Muslim, tried to solve the problem of religious crisis and none succeeded. “In many respect, the failure of our criminal justice system to punish culprits has not helped matters. “Meanwhile, suicide bombers and those ready to die with their victims keep adding more satanic dimension to the public.

“Why is it that no government has succeeded in stopping these age-long killings?,” he asked. He explained that everything about the gospel contradicted the flesh, saying as far as the gospel was concerned, the way to live and be fruitful was to die. He urged Christians to love and forgive their enemies, irrespective of the harm done to them.

University of Ibadan gets new VC