On 08 August, 2016, FG led by President Mohammadu Buhari relaunched the War Against Indiscipline, WAI Brigade, in Abuja, saying in this era of insecurity, violence, kidnapping, and other forms of social vices, the role of the Brigade in civil intelligence gathering cannot be over emphasized.

It will be recalled that as a military Head of State, Buhari alongside Tunde Idiagbon launched a nationwide campaign called “War Against Indiscipline” (“WAI”). The WAI campaign was aimed at tackling the most anti-social Nigerian characteristics such as indiscipline, corruption, and lack of environmental sanitation.

In his speech at the inauguration of the WAR AGAINST INDISCIPLINE (WAI) BY THE MAJOR GENERAL BUHARI REGIME on 21st March 1984, Brig General Tunde Idiagbon of blessed memory said inter alia:

“I want you to bear in mind the need to emphasize self-discipline and leadership by good example. … Begin by drawing public attention to little but important everyday manifestations of indiscipline such as rushing into buses, driving on the wrong side of the road, littering the streets, parks and dwelling compounds, cheating, taking undue advantage of scarcity to inflate prices for quick monetary gains, constituting ourselves into public nuisances, walking without commitment and devoting little or no time to the upbringing of our children…”

When re-launching the Community Support Brigade, CSB, also known as WAI, the Director-General, National Orientation Agency, NOA, Dr. Garba Abari said the President Buhari administration has declared the intention to relaunch the Brigade for better performance, as well as to bring its activities to the fore.

Abari said: ‘The ills and woes that bedeviled the nation at that time are still very much with us today. That is why, when the National Orientation Agency, NOA, was established in 1983, the War Against Indiscipline, WAI Brigade was automatically drafted to be part and parcel of the Agency to fight against indiscipline, disorderly behaviour in public and private places, disobedience to traffic rules and regulations, disrespect for constituted authorities, filthy environment, bribery, corruption and other social vices,”

This act by President Buhari to bring back on board this disciplinary program has been greeted by lots of criticisms, with people who see it as a misplaced priority with other pressing economic issues unattended to. But here is a look at some of the functions of the new task force and how iut affects Nigerians.

1. Environmental Sanitation: The new WAI officers are charged with the responsibility to ensure all public places are clean. In Nigeria today, states have days set aside to ensure residents clean up their environment, these WAI brigades are to ensure these orders are not flouted,and this practice enforced.

2. Road Usage: Nigerian roads are too busy, especially in congested cities, it is a terrible situation. This problem is sometimes owed to the unnecessary use. Some use the roads for ceremonies, while some trade where vehicles should ply. The WAI brigades now would fully take charge of sanctioning those involved in these irresponsible road usage.

3. Orderliness At Queues: Queues cannot be separated from the workings of any modern day society. It is what the system has made us adapt to, and trim disorderliness. It has become the integral part of the Nigerian society. From banks, to gas station, schools, religious centres and so on. The WAI brigade is also to ensure that people do not behave unruly on queues.

4. Curbing Cyber Crimes and Fraud: The rise of cyber crime and internet fraud 419 The proliferation of young people involved in 419 (advance fee fraud) is also supposed to be curbed by the War against Indiscipline brigade.

5. Police Brutality: Police is Your Friend’ is the inscription that welcomes you into any police station, especially in Nigeria. Around the world, Police have a civic duty to protect the citizens but like most people who hold a great deal of authority, their powers are sometimes abused. Unfortunately, police brutality is a common occurrence around the world, and it’s often accompanied by several other examples of police misconduct. Even when such brutal cases are challenged in court, they often go unpunished. These brigades are to curb Police briutality, even thought they may face some resistance from them as as law enforcement arm of the government.

6. Civil Service Ethics: For most civil servants, there have been many cases of poor work ethic and incompetence that range from late-coming, to absence at duty and so on. These WAI brigades are to ensure proper work ethic is maintained and civic duty. 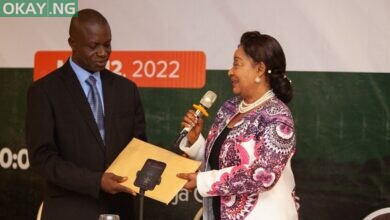