Engr. Jack-Rich, the founder of Belemaoil Producing Limited, made his declaration in Abuja on Friday, May 13 at a press conference.

Speaking at the Congress Hall of Transcorp Hilton Hotel, the business tycoon said he had submitted his presidential form at APC secretariat and was ready to challenge other presidential aspirants for the party’s ticket.

At 47, Jack-Rich is one of the youngest aspirants in the APC after Kogi State Governor Yahaya Bello (46) and Nicholas Felix (40).

The presidential aspirant, while addressing his supporters, narrated how he lost his parents at 10 and lived as an orphan on the streets of Port Harcourt, Rivers State for years.

He said despite struggling to survive and make ends meet, he did not take to criminality to become a person of influence he currently is.

The renowned businessman said if elected in 2023, his administration will create 26,000 jobs in each of the 774 local governments of Nigeria on his first day in office.

Engr. Jack-Rich promised to focus on youth and women empowerment, infrastructure and job creation if elected as president of Nigeria.

He stated; “My wife (Dr Elizabeth Jack-Rich) is a very strong woman. She has already told me that I am going to negotiate from a point of strength to represent the interest of women. I am 101 percent in support of her in giving you (women) a better life because you are giving (your support) to me.“

The philanthropist expressed; “I will create smart jobs and will develop the oil and gas industry and optimise the oil and gas in the country. My presidency will strengthen our value system. We will create 26,000 jobs in each LGA on the first day in office. I will make it happen. When I create 26,000 direct opportunity jobs on the first day in office in the 774 LGAs, within one year, poverty will flee.”

Engr. Jack-Rich speaking further on his vision especially for the youth said infrastructures will be put in place to develop digital technology.

The philanthropist also pledged not to take a single loan to fund any government projects and programmes.

He noted; “I will not take a single loan throughout my presidency. We will produce what we will consume. God has given us all we need to consume.”

Speaking about the state of insecurity in the nation, Engr. Jack-Rich noted that sound education and meaningful engagement of youths is the solution to banditry, saying no amount of military deployment can end the menace.

Engr. Jack-Rich and his wife, Dr Elizabeth Jack-Rich, who is the CEO of Elin Group, are blessed with two daughters.

Dr. Elizabeth Jack-Rich is also a philanthropist, an entrepreneur and business mogul.

Just like her husband, Dr. Elizabeth is also very passionate about helping humanity. She has over the years done this through her foundation, Elizabeth Jack-Rich Aid Foundation. 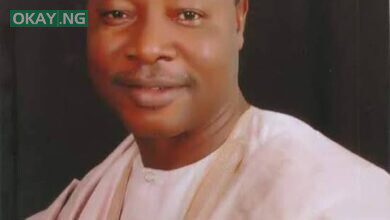 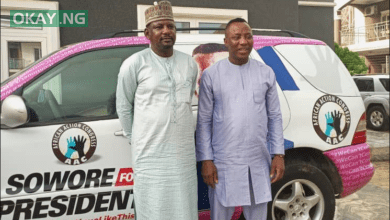